Madison had always looked up to Greg as a role model and motivator but she knew her feelings for him transcended those and was more personal than she would want to admit. Greg Gervaisie was the world’s number one tennis player until a limo accident incapacitated him and left him on the sidelines. Just like everyone else, he was struck by Madison’s beauty and her determination to rise to the top of her career as a tennis player. However, her nonchalant attitude towards him was a cause for concern to him.

Madison’s father, Armand, would do everything just to pacify his adorable daughter but her staunch disapproval against his wish of marrying Berneen Gervaisie, Greg’s mother, was something he couldn’t accept. The fact that the two women he loved most can’t stand each other bothered him.

The plot of Open Season on Love and Death is intriguing and dwells on issues that are common in most families, especially as it relates to interpersonal relationships in romance, love and marriage, thus it will be easily relatable with most readers. Likewise, the characters are also fairly developed. The background of the book hovers around tennis sports and of course, love, romance, and sex.

Official Review from ILoveUniqueBooks.com (4 out of 5 stars)

SPACE FOR US is out to beta readers (editors who read for content flow) then it will be out next year, God willing, by a New York publisher. Of course in the event no agent or editor picks up the book, it will be self-published.

short blurb: FLY ME TO THE MOON, but don’t murder me on the way! An astronaut flies an alien captive back to her parents at their moonbase in order to find out how to reanimate all the people she’s put down with her psychic powers.

JUST ONE LITTLE DROP OF BLACK is in the formative stages with my read and critique group. short blurb: He’s a black firechief from Atlanta, and she’s an emergency physician who works with him. He doesn’t date white girls and she’s very white. In fact she’s a dark phase African Albino from Tanzania, but our hero doesn’t believe that story, would you?

OTHER, a YA (Young Adult) SFR (Science Fiction Romance) is in line for a final polish.  short blurb: He’s a wetware android trying to find his humanity in the midst of rescuing the inhabitants of New Gaia orbiting Proxima Centauri. She’s a human teen living on New Gaia in oppressive servitude to a culture that uses nanobot makeup to force the truth out of all its members.

BAZOOKA TIME MACHINE is an Adult SFR in line for final polish. short blurb: She’s a dragon-tattoo, kick-ass gal, but not all human–a wetware android in charge of the hardware robots and the alien time machines. With all that, she’s become obsessed with a human woman, rescuing her from death over and over in time. Happens that one of the hardware robots has fallen for her and travels in his time machine to mess up her romance with the human. 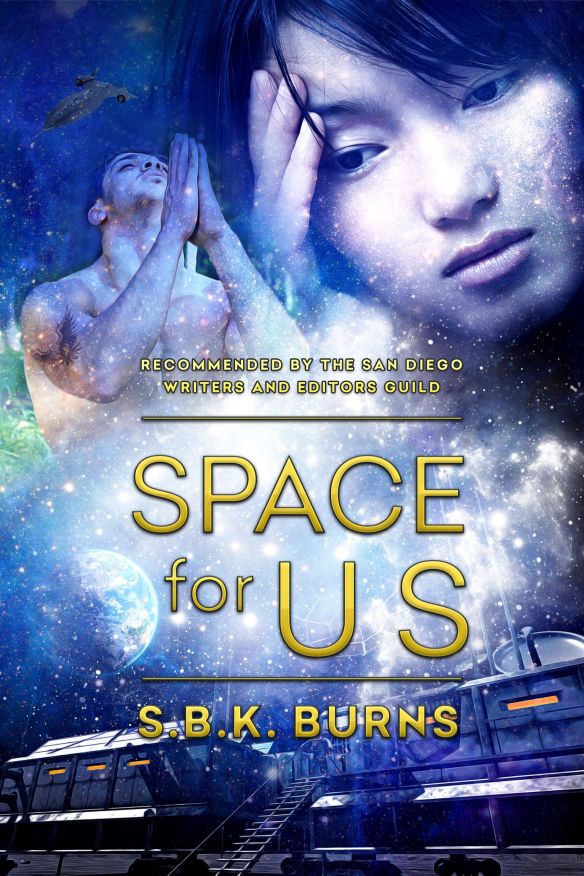 Here’s the cover of my new SFR space opera, SPACE FOR US. No, it’s not on pre-order or published yet, I’m just excited to get my final cover out before I finish the polish. As you can see, this is the MS that has just gotten a recommendation from the San Diego Writers & Editors Guild.

Here’s information on the book:

The First Lady’s mind is missing.

The President sends his Aerospace-plane test pilot, Shepard Monroe, to exchange Jade, a captured human/space-alien empath, for the missing engrams of The First Lady.

Siding with The Resistance, Shep and Jade escape in a stolen spaceplane with the reluctant help of its funky AI, Gracie—with the hope of preventing an interstellar war with The Sledanis, Jade’s psychic people, who return to Earth to claim it as their own.

After Jade gets Shep in touch with his emotions, they finally come to terms with what, or who, they really are.

Now, they only exist as holograms, so they just want to be put back into their real bodies—but what if they were always only simulations?

Out for Beta reads then on to chosen agents and editors.

Finally, my romance, a tennis contemporary, OPEN SEASON, is in pre-order. It will be live on August 31, 2019.

This novel is a compilation of my experience with tennis-buff dad (who was in the forefront of international invitational tennis in Philadelphia and the United States). And along with my scientific background (https://theunionofopposites.com/about/site-authors-resume/) and my interest in SFR, not surprisingly, it involves police forensics and elements of suspense.

Twenty-year-old Madison Weller finds herself at her first quarterfinals of a Grand Slam event. The only two irritants thwarting her run for the championship are Berneen Gervaisie, who has Madison’s father and his wealth centered in her crosshairs and her attractive son, tennis great Double-Gee Whiz, Gregoire Gervaisie, seven years her senior.

Is he the good guy his fans think he is or the self-important celebrity she suspects? Madison knows she’s playing with fire as she razzes him to his emotional limit. She’s only hoping she knows what to do with him when she gets him there. 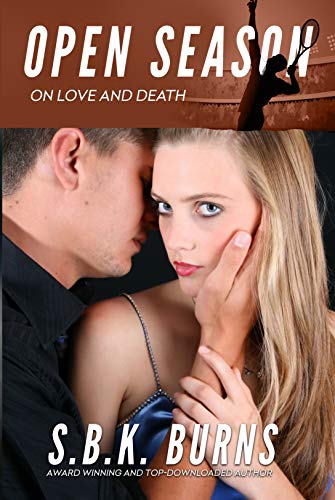 Click on the following link to see the review. Thanks.

It’s going to be another Burns and Allen trip to the Romantic Times Conference. Wish us luck as we meet romance readers, other authors, and pitch to agents and editors. 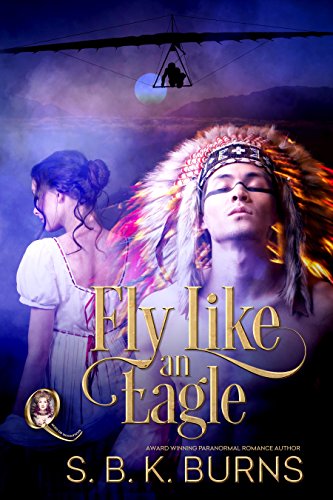 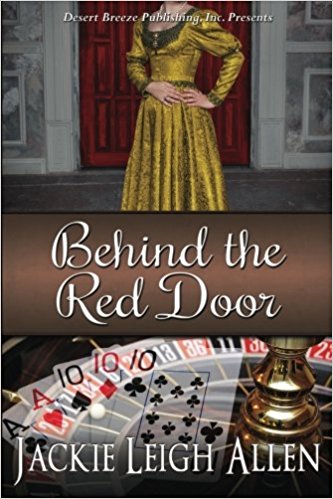 See you at RT! 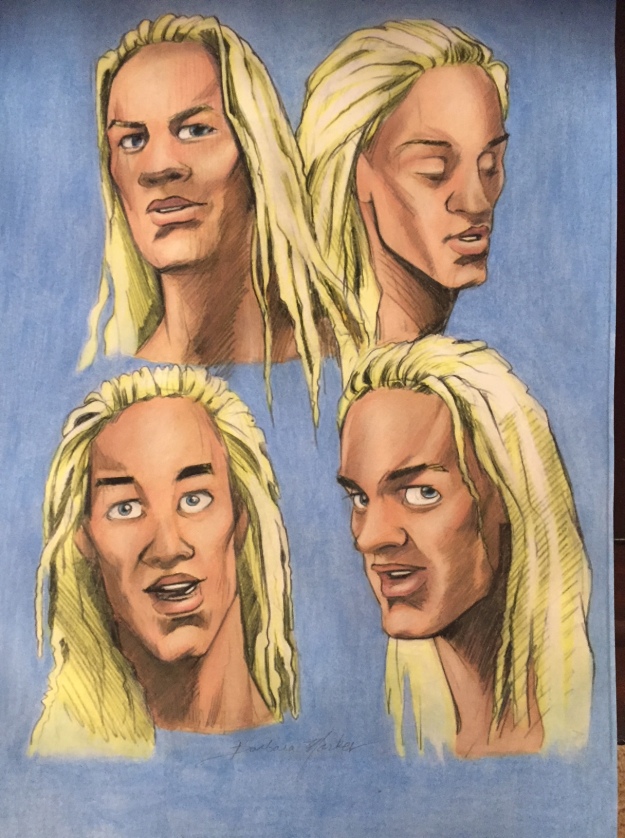 Kamen Chalakov did the drawing and Barbara Marker, colorized it, both pentultimate artists (click on their links to see what they’re up to).

Saffron (FORBIDDEN PLAYGROUND) and Andrew, his son (DANCING DRAGONS) are golden heroes in paranormal romance series LEGENDS OF THE GOLDENS.